After many years in the automobile repair and collision and glass industry, Kevin Kerl decided to branch out on his own.  In 1993 Kevin and his wife Debbie formed a New York State Corporation named Kevin J. Kerl Inc. From 1993-2013, they have successfully operated a collision and glass business as a DBA at 4800 Broadway @ Transit in Depew, New York as per a lease and license.

In 2010 the estate of the building and DBA which was leased and licensed, notified Kevin and Debbie that their lease and the license to use the DBA name which they had used for 20 years, would not be renewed when it would come due in 2013 and due to a non-compete clause, they would have to move 5 miles away.  An opportunity in 2011 and plans to build a dream shop had begun.  Bailey & Harris Architects were hired to put the plan to paper and that summer, fall and winter were spent designing and planning to construct a brand new facility to their specs. A new DBA was formed and….

In spring 2012, the building process had begun to build the CarMasters Collision & Glass location at 5770 Seneca St in Elma, New York.  Over the summer and into fall, the building was constructed and opened for business in December 2012 with the same crew that has been fixing your vehicles for the past 20 years at the Depew location.

This is an exciting time for the Kerls.  If you find yourself needing collision or glass repair or would like to protect your vehicle with rust proofing, please give us a call or better yet, come in to see us at our beautiful new building with plenty of parking! 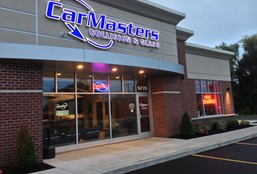 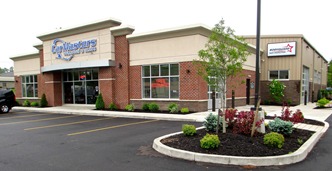 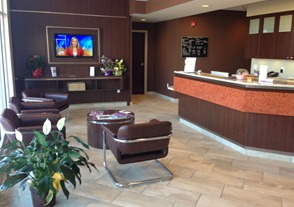